A Season of Moons

It has been a season of moons, have you noticed?
Blue moons, Super moons, Full Moons, Half Moons, New Moons
I find myself being inspired by this reflective orb lighting the night sky. I remember trying to see the Super Moon the night it was out though it lingered stubbornly behind the tree line and when it did make an appearance was quickly hidden by passing clouds. 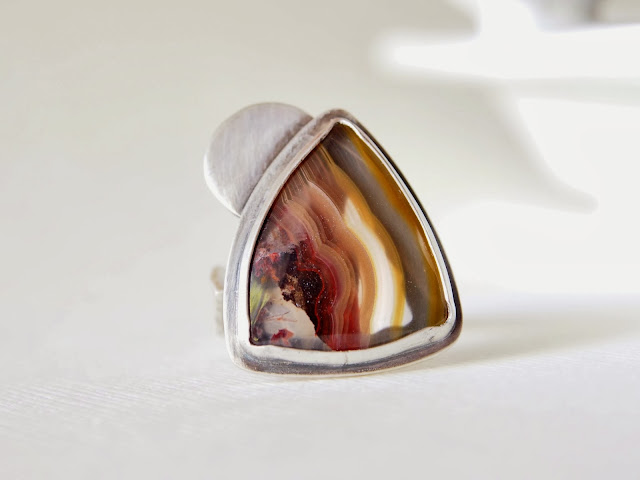 I'm particularly fond of the moon as I live within walking distance of my mom and most nights I find myself strolling home with only its soft glow to light my way.
﻿ 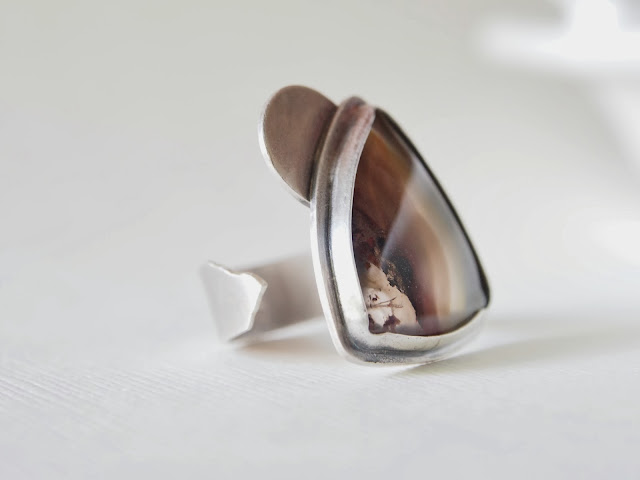 It was definitely the moon that inspired this piece and I wanted to capture its fullness, but also its subtleness.
The front of the ring is a curved mountain of agate with the moon slowly creeping up just behind the mountain's peak.
On the underside, I've sawed out a small mountain range and from this vantage point, the moon takes on its most full fullness and presents itself a gargantuan sphere in the night's sky.
﻿ 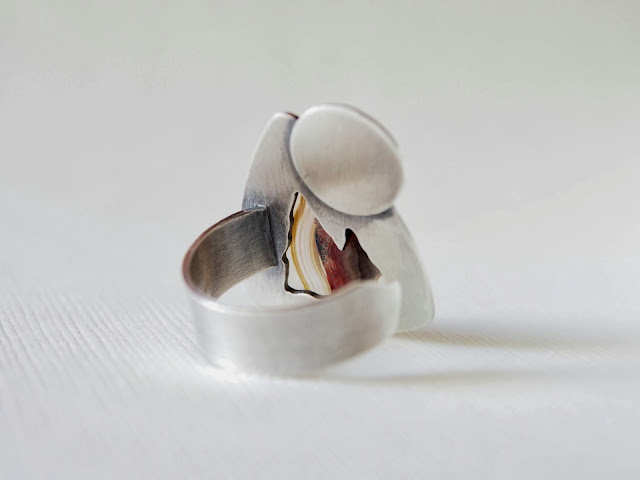 The stone is almost completely clear at the point where the peaks are carved and when worn, the wearer's skin completes the coloring of the stone presenting dark or light just behind the silver.
﻿ 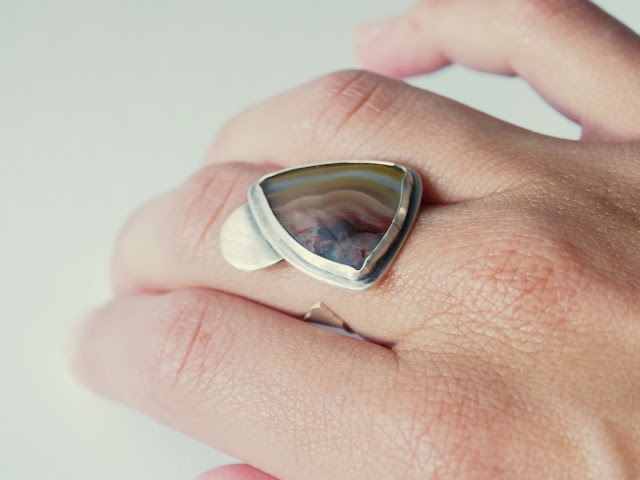 The band is a bit unorthodox, an unfinished band that ends in its own tiny mountain, with the moon still full above it.
﻿ 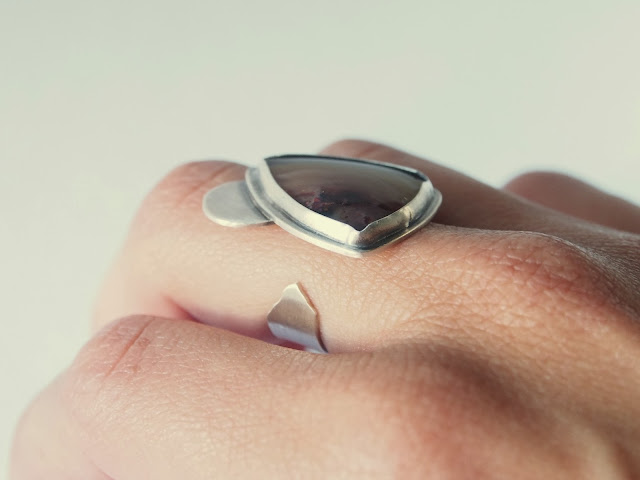 It is the best of the moon, a moment of landscape from every angle.
﻿ 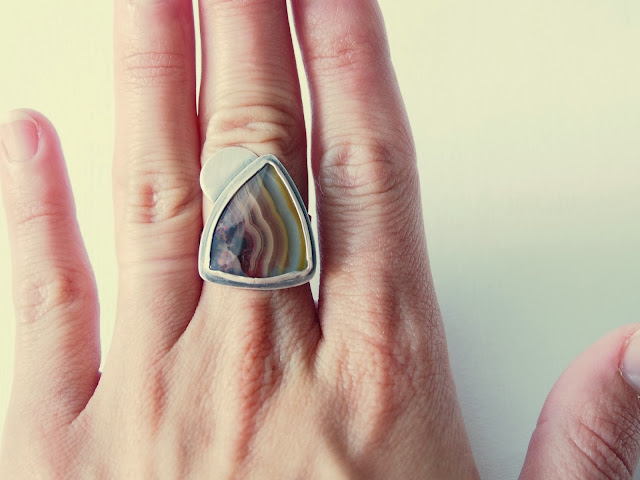 The best part?
It is HERE﻿
Posted by Marcie Abney Carroll