Gumdrops in all colors

Remember this ring?
The Gumdrop Ring.
I told you that I loved it, but wasn't totally sold on the idea.
Well, I've been working a bit at the design (I still haven't finished it yet, it's a process).
I'm wanting to raise the stone a bit so it sits higher on your finger, I want a bit of a silver halo sitting below it, and I also wanted it to be stackable which means the band has to sit under the stone rather than on either side of it. Oh, and I'm using slightly larger wire for a bit of added security. 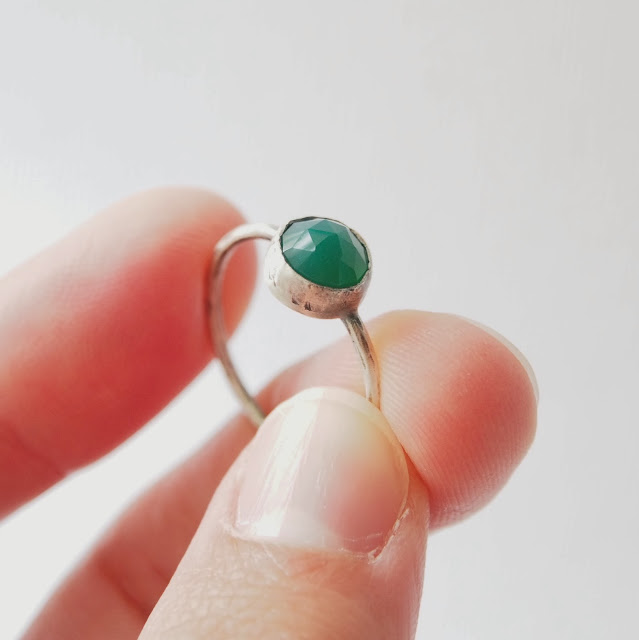 The design currently on my bench meets the criteria and all it needs is a good polish and patina and I'm going to set the stone tonight and see what happens.
But, I just had to show you the line-up of the pretties that I purchased for my Gumdrops.
I've got one little rose-cut Citrine,
followed by two bright magenta Pink Quartz,
followed by two barely-blue Chalcedony. 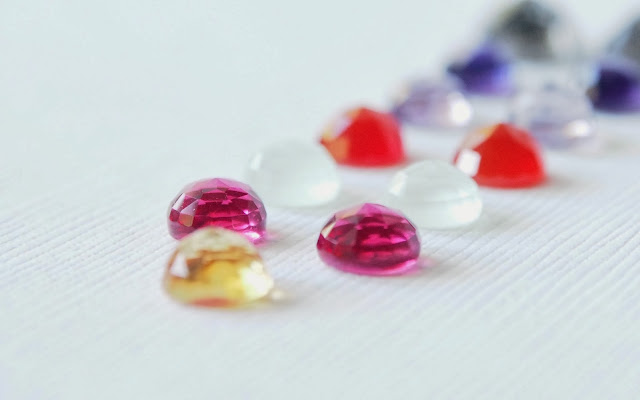 Two Carnelians, also rose-cut,
followed by two light Amethysts (just happens to be my birthstone) and
a row of dark Amethysts bringing up the rear. ﻿ 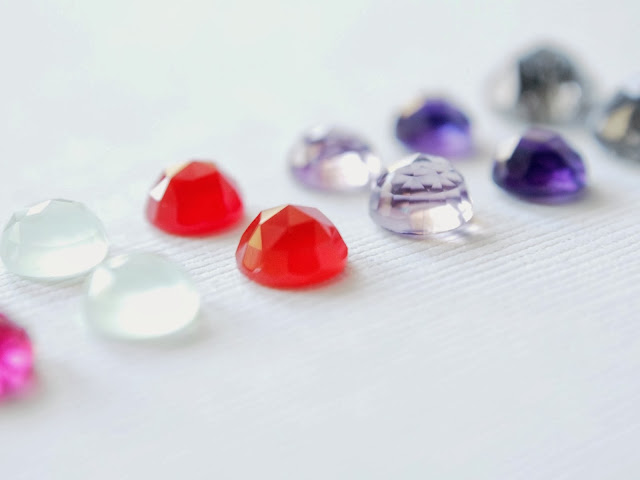 Last but not least in the caboose, two Rutilated Quartz, and yes, your eyes do not deceive you, they are slightly larger, coming in at a whopping 8mm.
For the record, their itty bitty siblings are just tipping the scales at a slim 6mm. 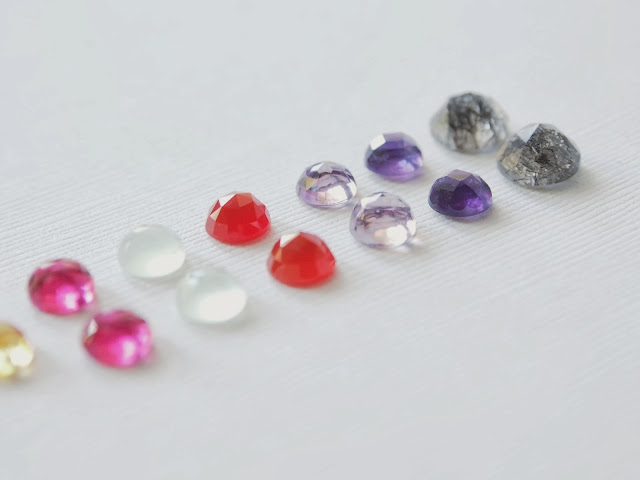 It's a motley crew of colors with no real rhyme or reason to it.
I basically picked out colors that I was drawn to, despite the current seasons.
(Though I must admit, the carnelian is the loveliest shade of deep Autumn Orange)
I'm hoping to finish up the first of the new colors tonight, it's actually a lovely chocolate smoky quartz that I didn't photograph and it already has a home!
(Pictures soon! Though probably not tomorrow as I have an afternoon Dr.'s appointment!)
Enjoy the rest of your week and the first few days of Fall! ﻿
Posted by Marcie Abney Carroll