My Brand of Feather Fling

I told you I'd be back with feathers!
This is the first of my flirtation with feathers.
It's an embroidered medallion of jasper and pressed czech glass overlaid on a pad of coppery guinea feathers that I've laid out over a lightweight but sturdy aluminum headband. 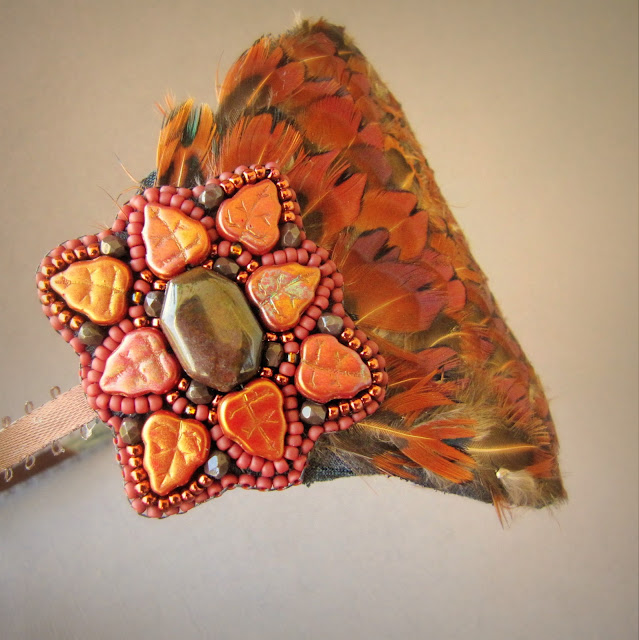 These headbands are always difficult to photograph, but I think worth just about every second of the work. I really wanted to mimic the shape of the feathers in the medallion so I chose to use the pointed czech leaves and to kind of have the feathers coming out from behind. ﻿ 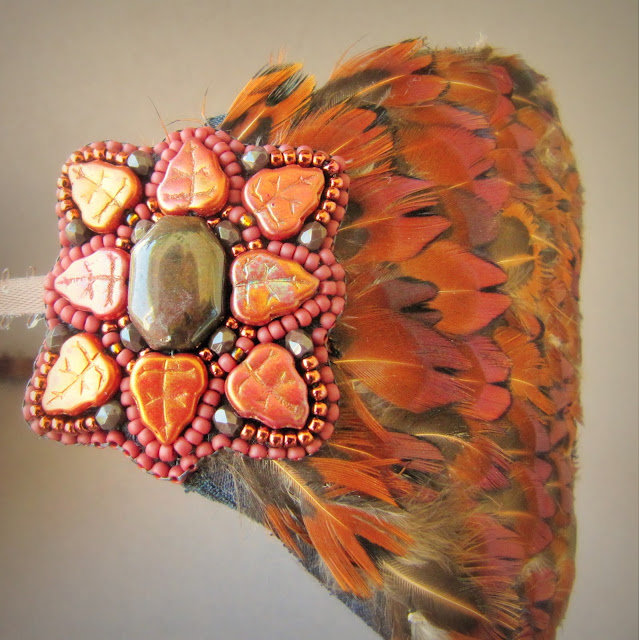 It's big, I mean really big. It has a lot of substance and width and plenty of glitz and glamour to match. I've decided to list this one in the shop, but I'll have to list it later this afternoon. I've got an appointment this morning, so keep checking back in if you'd like a new fascinator for the summer! ﻿ 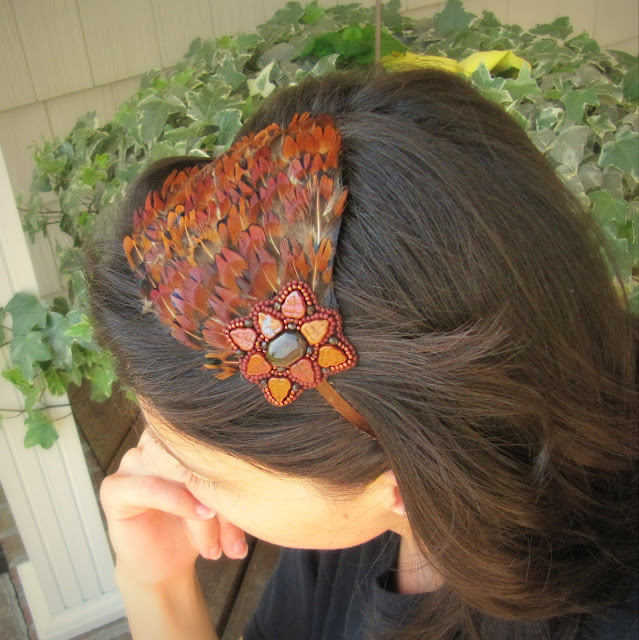 Oh, and I'll be putting the Bloom Where You're Planted cuff in the shop as well. I'm very thankful for the response that I got from it. I've been wearing it around the past couple of days and I just love it!
It's really not a difficult create as far as metal goes but the result really was a cute cuff! ﻿ 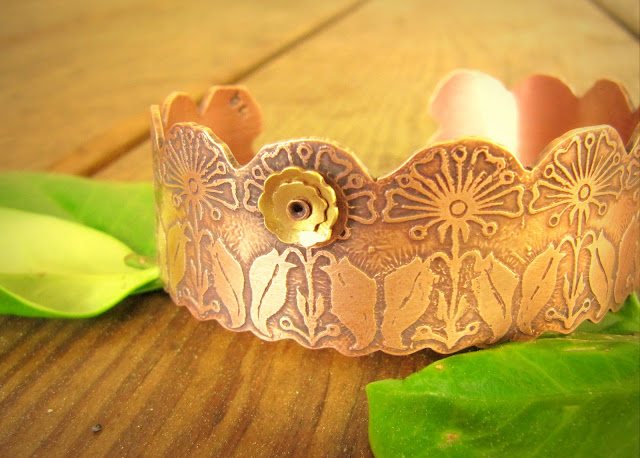 Have a great day and hopefully I'll see you at the shop later this afternoon! ﻿
Posted by Marcie Abney Carroll