Okay, bad 80's jokes aside, here's what I've been working on this week:
First up (and the reason for the title post) is my first tubular peyote bracelet. It's a bangle made with 8's, 11's, and 15's and I think it turned out pretty good for my first attempt. 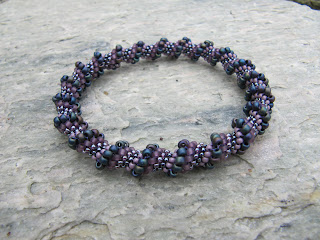 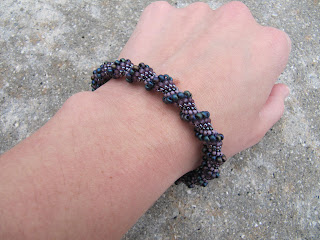 Next up is a herringbone bracelet, made with gemstones to kind of break up the flow. I made it to match a sweater that I have which has this black fleur-de-lis-esque pattern on it. Well, after finishing the bracelet, I realized that instead of capturing the pattern from my sweater, I successfully wove Batman into my bracelet. To the batcave! 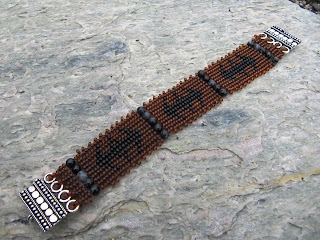 Finally, I created this necklace using herringbone weave, and following the same technique as the bracelet, I added 3mm faceted glass beads in between different sections of the necklace. I REALLY, really like this technique, so you'll probably see some more of this in the future. I ordered a bunch of those little gemstone rounds earlier, and now I have a place to use them! 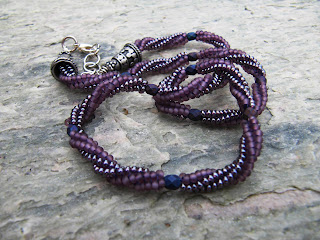 Have a great Monday! Hopefully, this week will be a little calmer for me than last week!
Posted by Marcie Abney Carroll