We had that discussion when we moved in...
The one about the family pet.
We decided no pet for now, but that we'd eventually (maybe when the kids come along) adopt a puppy for playtime.

You see, we're dog people, in fact every feline I've ever had the joy of coming into contact with has been miserably mean and territorial and I've ended up the butt end of their naturally sharp claws.

So when the former owners informed us that they'd been feeding this stray I was, of course, not on board. I instructed the family NOT to feed or encourage the cat in any way. 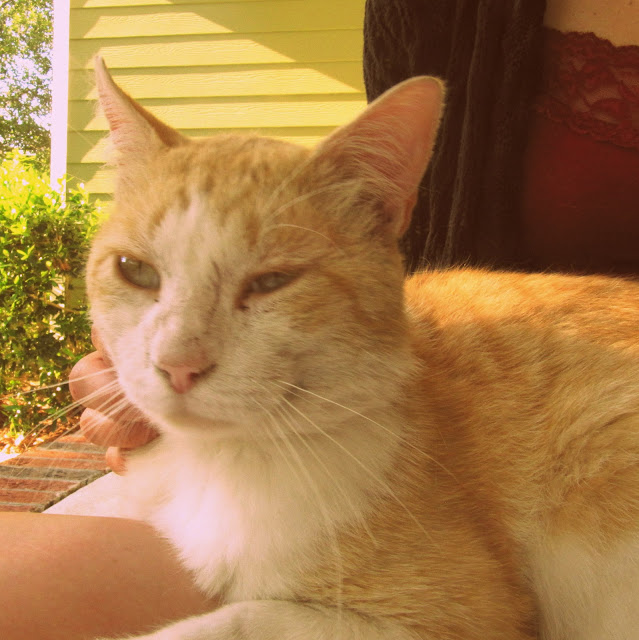 My plan worked perfectly until one early morning as I sat outside on the patio talking on the phone and kitty actually climbed into my lap.

Much to my chagrin, he curled into a ball, closed his eyes and started to purr.
After that, it was pretty much useless and I had lost my heart to a stray tabby.

He's a permanent fixture.
He's fed every morning, cuddled in the evenings and chatted up throughout the day when activities demand we be outside.

We've named him, O'Malley (have you ever seen the Aristocats?)

He's the niece and nephew's new favorite thing and he'll lay down and roll over and let them rub his belly and scratch his ears. ﻿ 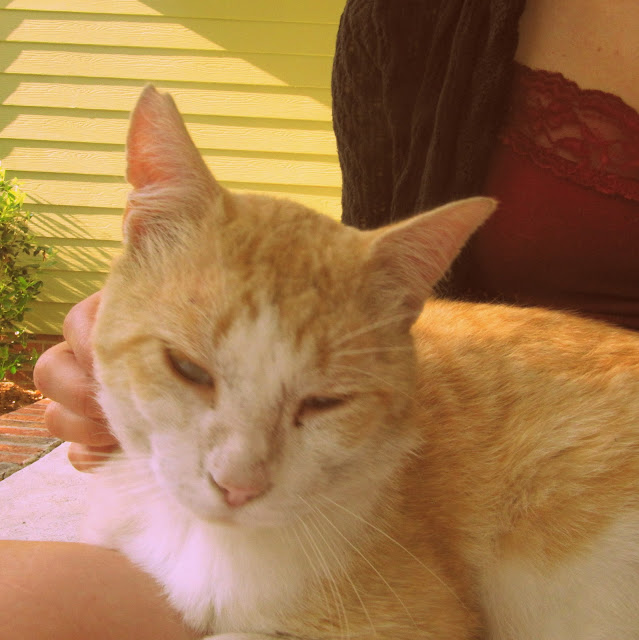 So, that discussion about the family pet?
Moot point. We've got one already, whether we like it or not.
Fortunately, we very much like it. ﻿
Posted by Marcie Abney Carroll