This post is late, I know.
But let me explain....the creativity has been gone now for at least three weeks...in its place is constant nauseau and a tiredness felt deep down in my bones.
I know that Erin, my sweet partner for this challenge will forgive my total lack of ability to do anything and I'm learning to forgive it in myself. I'm not used to be next-to-helpless, but there are some things that just have to give at least for a little while. In the meantime my body is making a baby and I'm along for the ride!
Here's what I do have for you:
My country was Turkey. I was excited because Istanbul sounds to me like such a neat place and so diverse. It's often referred to as the gateway between Europe and Asia where the two cultures and religions collide finding a balance between the old and the new.
My dad wanted to take us last year but we ended up choosing London instead (I have absolutely ZERO regrets about that decision).
Here was the photo that I chose. I was drawn in by all the colors and patterns and shapes. I think it's quite lovely. My plan was to create a bracelet bar using a strip of peyote that would have a similar pattern in it and then creating the bracelet around it.
I still have the drawings and everything on my desk and I'm determined that one day I'll get it done! 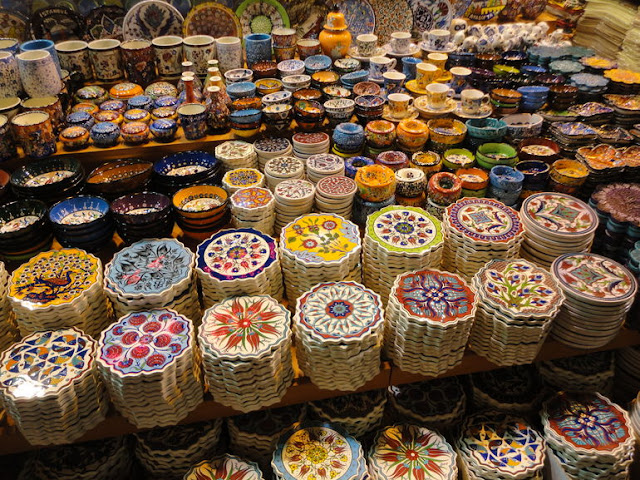 But, just so I don't leave you completely empty-handed, I thought I'd show you something I created two years ago that was also inspired by the Middle East.
This is the Ishtar Gate, currently in a museum in Berlin.
It is actually not from Turkey, but from the Persian Empire (which today is Iran).
If I remember correctly, it is from around the time of Darius (don't quote me on that).
A couple of years ago when I was doing Margie and Me and really challenging myself to use Margie Deeb's book as color inspiration, I chose the Ishtar Gate as my inspiration. ﻿ 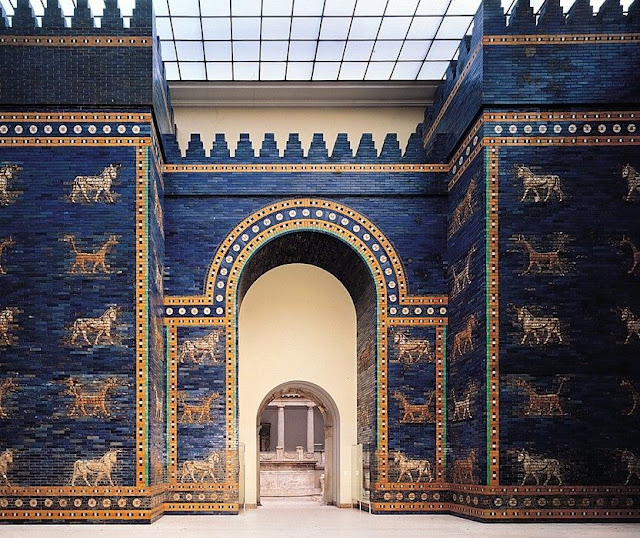 In her book, she had a photo of the Lion from the gate, but I was drawn to the gate itself and the shape of the turrets and the patterns in the tile. 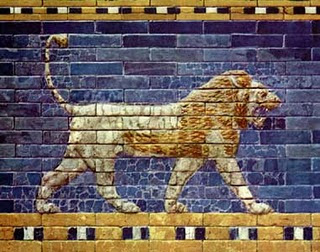 The result of the Ishtar inspiration was my Persian Tile Ring.
I took the colors and shapes and used a variation of circular peyote to create a very bold, very structural ring. 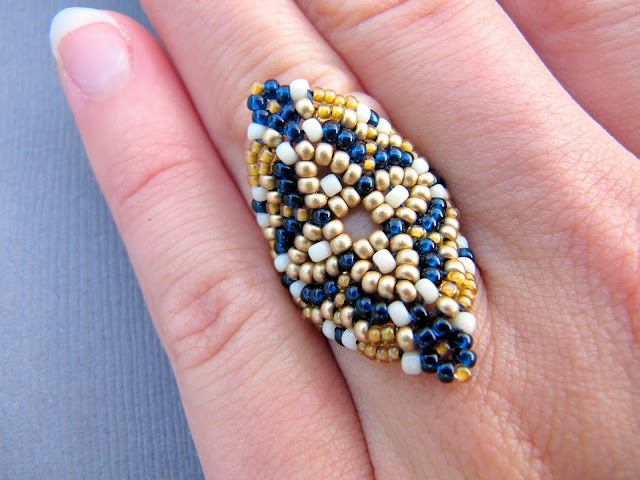 I went on to take the same idea and flatten it to create a series of brightly colored architectural pendants with a lot of persian flavor.
﻿ 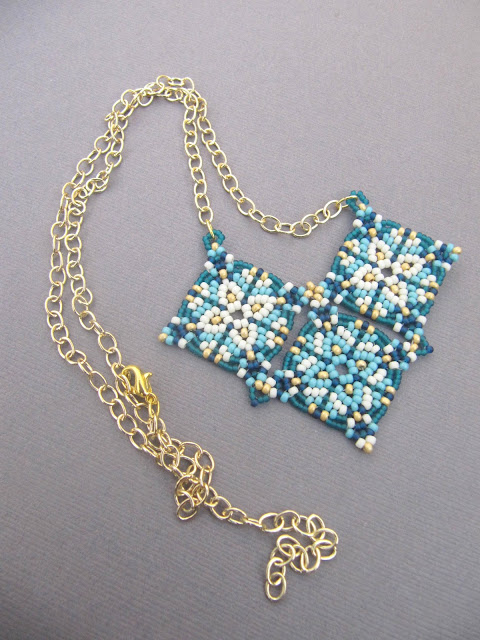 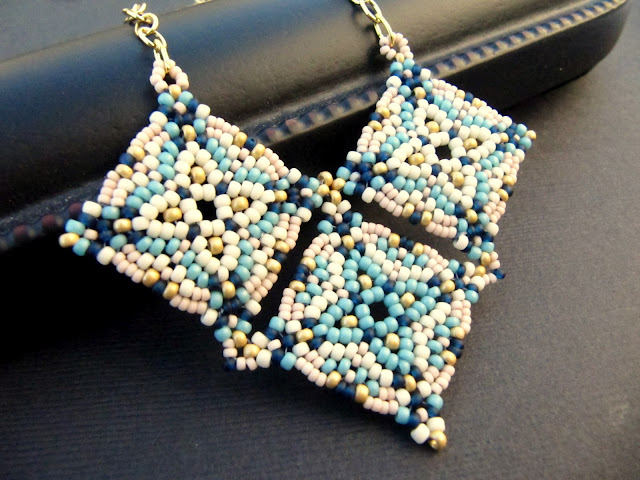 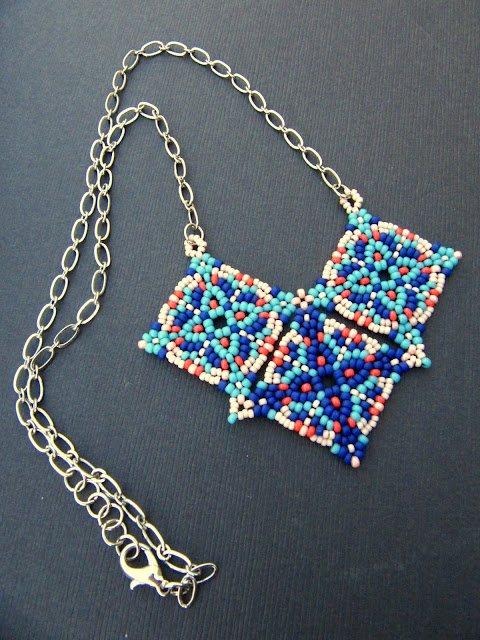 I'm sorry I don't have anything bright and fresh for you, but I do hope you'll stop by Erin's blog to see what all the participants created.
I've been so impressed by what I've seen, I just haven't been able to sit at the computer long enough to comment and visit everyone's blog, but I will!!
I hope the next time you're stuck in an inspiration rut, you'll spin a globe and use your finger and a mouse to transport you to a world of new shapes, colors and features and each time you find an idea run with it, experimenting as you go.
Enjoy your week!
Posted by Marcie Abney Carroll