When I first saw these two chunks of Picasso Marble I saw two gigantic mountains. It was such a real feeling for me, holding these mountains in my hands, feeling the weight in my palms.
I knew the feeling was one that had been settling in my soul for some time.
I've changed more than I'd like to admit since the baby was born. Some of it good and some of it not so. The little worries of motherhood sink deeper for me than just worries.
They become anxiety and panic much more quickly than I'd like to admit, sometimes warranted, most of the time not at all. 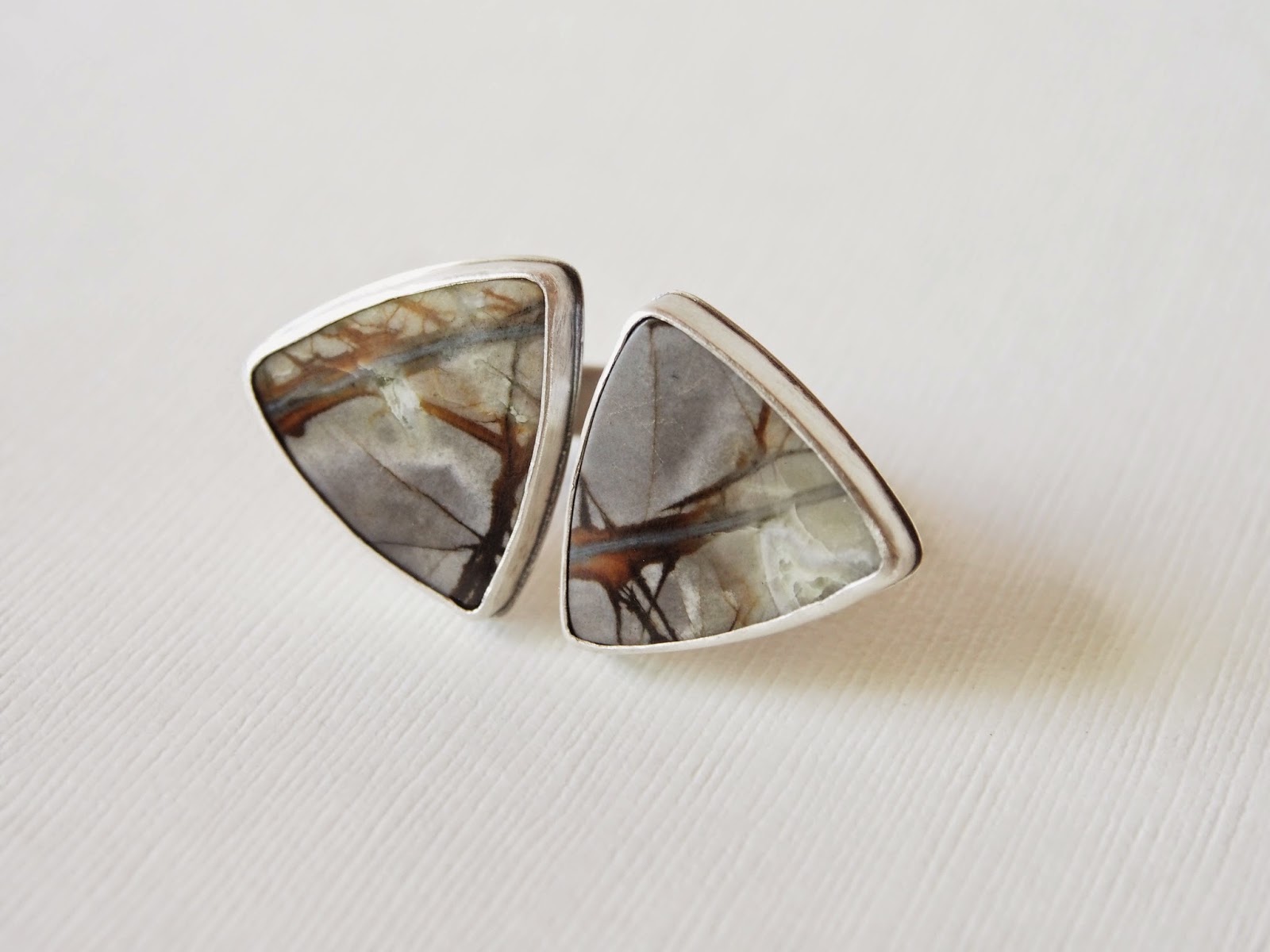 It started right after she was born. I didn't suffer from post partum depression, but I did go through about a week or two of deep sinking worry and anxiety. A feeling that I couldn't shake. It wound its way around my heart and I could feel it squeezing, especially at night when it was just me and her and the responsibility of being her mother was overwhelming.
The depth and intensity of those first two weeks is gone, but like a scar, the anxiety is still there and it rears its ugly head at the most unexpected times. 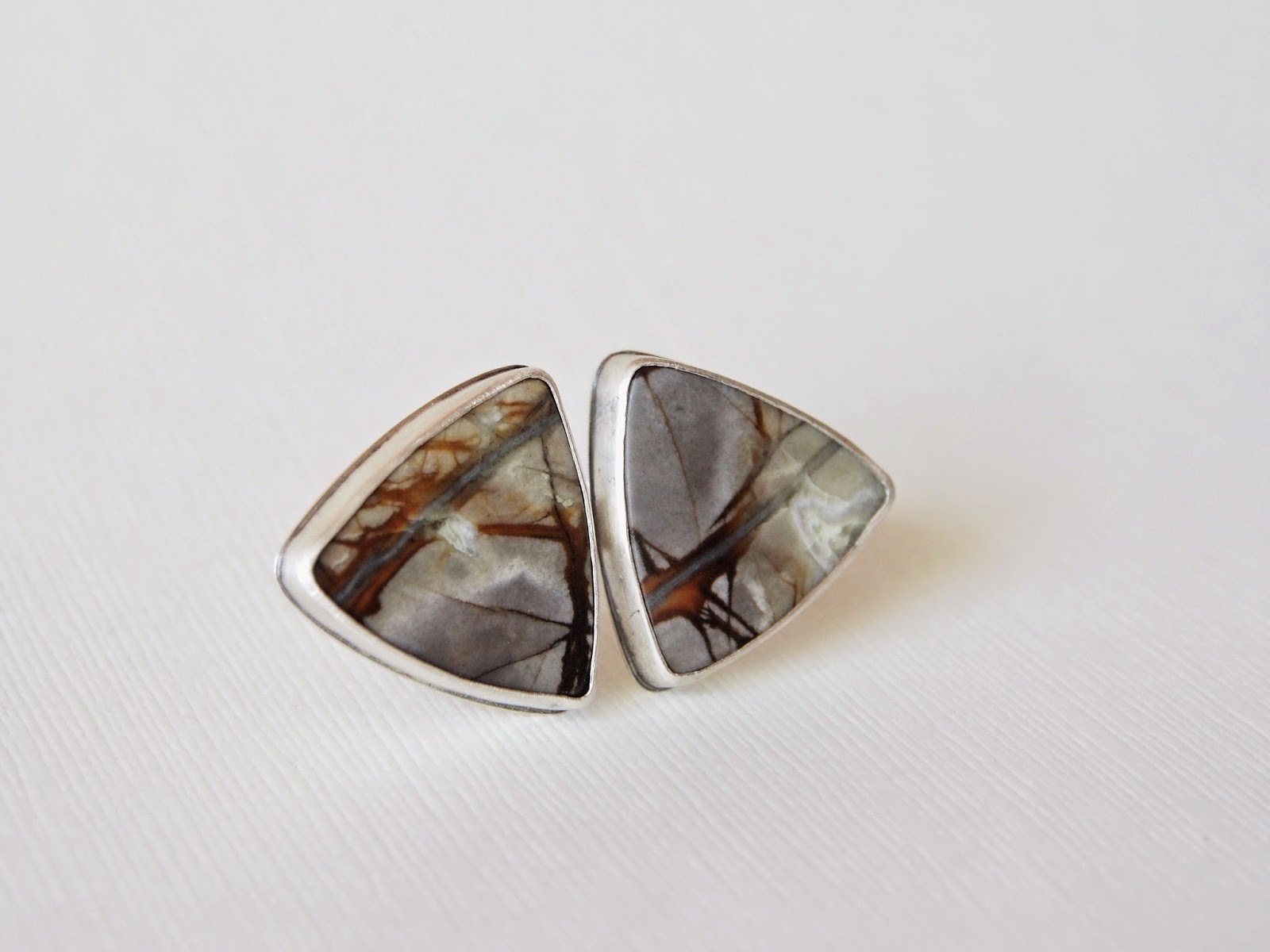 It's not a constant battle, but in those moments when I feel it in my chest, it looks and feels like a mountain soaring up out of the middle of the path I'm walking; an insurmountable obstacle and the ground around me no longer a firm footing.
I do believe in someone higher than myself and though I choose to keep that close to my heart it is in those moments that I have to trust that greater force just to stop the mountain from closing in on me.
There's a line by one of my favorite artists:
"You can move a mountain without any tools. It just takes the faith of a little seed to make a way through what might seem to be impossibility." I believe this.
I believe it with everything in me. When I saw these two pieces of stone, I knew how I wanted them to sit: sideways, knocked down, the power taken out of them, the vein broken.
I wanted to ring to be larger than any I'd done, to sit across all three fingers, a true reflection of how big the mountains can get but how powerless they can be rendered.
This ring is so heavy and rightfully so. 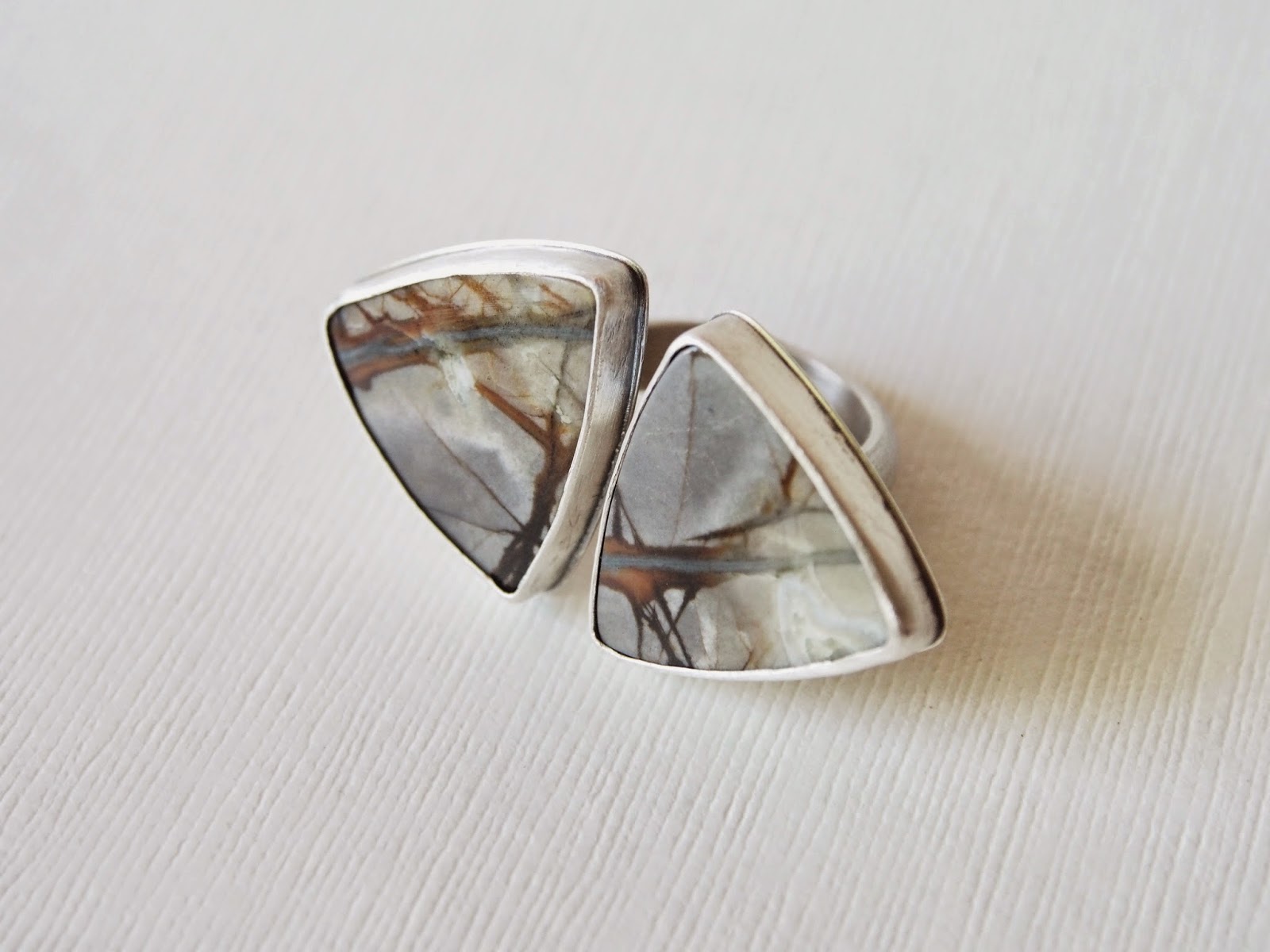 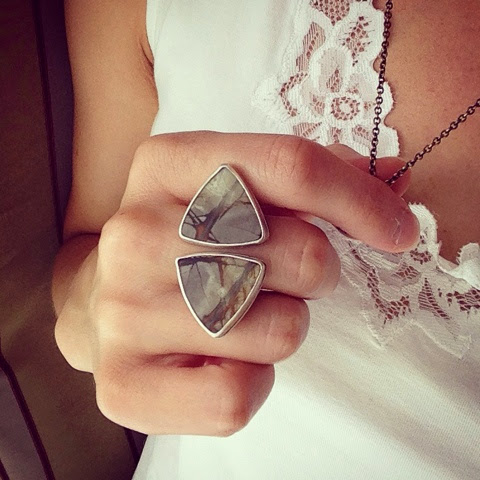 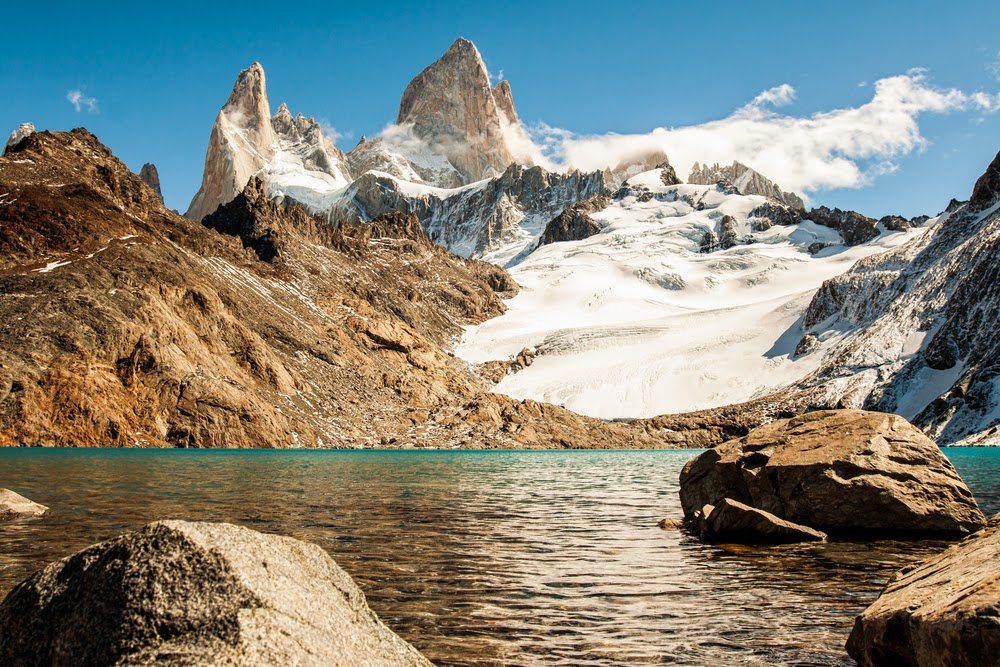