It was cold, bitterly cold.Fen wrapped his cloak tighter around his shoulders. The sun had disappeared over the horizon, but the last glow of dusk still lay over the trees. He reached into his bag and pulled out a small toothpick and gripped it tightly in his fist. He spoke ever so gently into the hole made by his fingers and then opened his palm. A small flame jumped from his hand on to the ground and continued to burn. Fen waved his hand over the flame drawing it up until it floated above the ground on an invisible candlestick. He did this six times and carefully placed each flame to create a wide circle in the center of the field. It was time to begin.

In his mind’s eye he could see Maite and the baby. It was due any day now and time was running out. After the birth they would have only 6 months together, and then what? Would he ever see her again, ever see his child? According to the law, their union could not last. They had been joined by the Council to create and reproduce a child who would be skilled in the Wordspeech. Once this had been accomplished, the child was given permanently to the Speechmothers and Fen and Maite would join the other Wordworkers or be given a new union. But, Fen knew of another law. 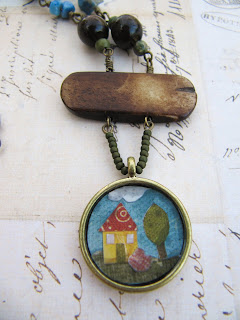 This law stated that if a Wordworker were to complete the Construction Verse and build a home for his mate and their child, they would never be separated. This had been done only a few times that he knew of and the men who had accomplished it were all leaders of the Council. The verse was almost impossible to complete. It was long and complicated with verses for protection, peace and safety all woven in. It had to be done between the hours of dusk and dawn and you were not allowed to take anything with you. Everything that you used had to come from the earth, the stones, and the trees and it had to be completed before the child was born. He thought back to the day that he had first asked Maite if he could build her a home. She had simply smiled and said, “I knew you would.”

So he had begun to study, to watch, to ask, to listen. For nine months he immersed himself in learning the Construction Verse. He wanted to know how it worked, why some had been able to complete it and others not. Everything had led to this night alone on this hill and he was ready.


He worked all night with just the tiny Wordflames to guide him. It was hard work but with each part of the verse, the earth had given up its resources. The yellow sandstone for the foundation and walls had pushed up from the grassy slope, the trees had kneeled down and shed their remaining autumn leaves for the roof. He had watched as little swallows had carried tiny bits of clay and worked to fill in the gaps between the stones. Even the ants had worked all night carrying away the excess dirt.

When he was finished, he sat down on the hill and saw for the first time the house that he had worked so hard for. It was small, but it was enough, and more importantly, just as the sun was peeking up over the horizon, it was done. He breathed a sigh of relief and wiped a tear off his cheek. He spoke a word and watched as the Wordflames slowly flickered and then disappeared. He heard a rustling in the bushes behind him and turned expecting to see Maite, but it wasn’t Maite. 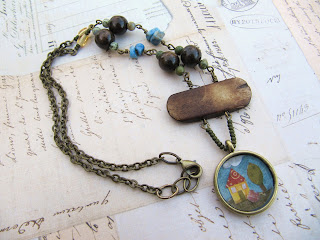 “Well done, Fen.” It was Anid, one of the highest leaders of the Council. “It has been a long time since anyone has completed the Construction Verse.”

“I know, you were the last, were you not?” Fen looked into the eyes of the old man.

“Yes, and to see you complete this tonight gives me great joy. I had thought that the secret had been lost and that there would be no more young men willing to do what you have done. There is something about the heart of a man that would drive him to work this hard for a woman he has known for only a short time and a child he has not yet seen. Many have failed trying to do what you have done.”

“Yes, I know why they failed.” Fen picked up his little bag and put it back on his shoulder. “They wanted to build the house to prove their worth to the Council, to become one of the high leaders. They did not work for the right reasons.”

“What is that reason, Fen?” Anid was leaning hard on his staff and staring directly into Fen’s eyes.

“Love, Anid, the right reason is love. And I finally realized as I was studying that everyone else had failed because they did not know that along with the verses for protection, safety, prosperity, and peace one had to include love.”

Anid placed his hand on Fen’s shoulder. “Never forget that my son.”